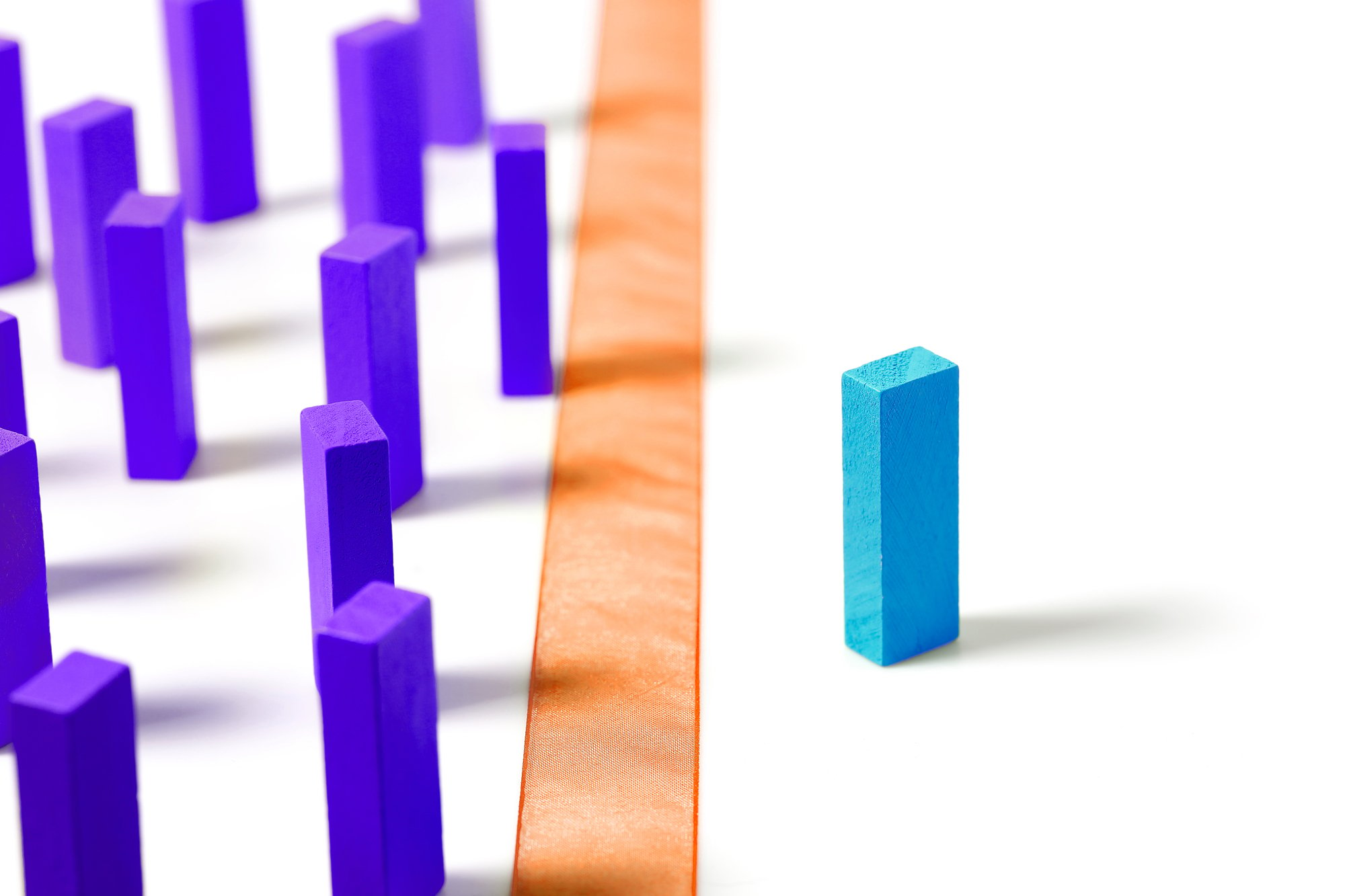 Solidarity starts with the organizational culture

They talk about female leadership, or rather what it isn't, and discuss where the problems of gender inequality are expressed. Besides identifying the resulting problems, we also need to celebrate the added value of diversity, all three agree. Because differences mean several perspectives in an organization. That generates great value, so long as it is correctly enforced and applied in the organizational culture. The question that remains is: how do we do that?

Categorizing is a skill you can (un)learn

A term we often come across nowadays is 'female leadership'. But is this an adequate description? Nathalie doesn't think so: 'There's no such thing as female leadership. Yes, women may take a different approach or demonstrate different behavior, but I feel that this term excludes people. We are talking here about diversity and inclusion, so we need to stop using this term.' Camiel wonders why we use that term then, and where it comes from. After all, we don't talk about typical male leadership. Why do we specify leadership by a woman by her gender?

Marieke explains this by the functioning of our brain: 'We are programmed to categorize. We link certain characteristics to gender, which is how stereotypes arise. Thatcher, for example, was seen as the Iron Lady.' Nathalie agrees and explains that we quickly conform to those stereotypical roles. 'Using these terms doesn't help anyone. We need to focus on what an organization and its employees need. Do we want a warm, innovating, harmonious or result-driven culture? We can use these terms without categorizing them as male or female.'

Inclusive leadership starts with the system

So we need to approach leaders differently. Marieke talks about a previous manager who she considered her role model. He led his team by empowering people and inspiring them. That was real inclusive leadership: everyone had a voice. Besides looking at the leaders, Marieke feels that the phase an organization is in also determines the type of leadership. Then it's important to explore the extent to which the leader and organization are a match. Camiel: 'Exactly. What type of organization do you want to be? When you know that, you can adapt and focus on that.' Based on that thought, it is easier to work towards inclusion.

Because according to Nathalie, inclusive leadership is about closing the gap between the cultural norm and a minority. 'If there's a minority in an organization somewhere, based on for instance ethnicity, religion or gender, and all the attention is then focused on that group, you can naturally strengthen that category, but only to a certain point. When this point is reached, but there is still a gap between that strengthened, well-functioning minority and the cultural norm of the organization, we need to look at the system. How do we become inclusive enough?'

The blueprint of the management

Camiel talks about a recent conversation he had with a top woman manager who was wondering about her next step. This wasn't about her own ability, but rather whether she wanted it: 'She was wondering whether she wanted to fit into the mold we talked about earlier. Do I want to work those long hours? Do I feel at home there? Can I do myself justice there?' Marieke agrees: 'There seems to be a blueprint of what the top looks like, what we feel we need to be.' Marieke studied the promotion opportunities for women, which revealed that they think differently than the average male manager. But instead of adapting, top women also started rethinking how they could work in that top role. 'I'm a mother, I can do that job, but I'm going to do it differently and do the work in four days instead of five. They set their own conditions to filling that top role, in consultation with their partner,' she says. Ultimately, it's about making choices with respect to wishes - do I want this, but also about setting conditions - that's how I'm going to do it. 'It's important here to remember: is it about the position or the organization? Sometimes, the company simply doesn't suit you,' Marieke adds.

What's interesting is the difference in the way in which men and women make a career. Camiel: 'I see men often being quite competitive in organizations. They start competing, something women don't seem to do so much. Perhaps this is due to different dynamics and another perspective. Do you recognize that?' Nathalie nods: 'Yes, recent studies show that in some organizations, rivalry and competition are important skills for moving up the ladder. That doesn't suit many women. They can move up in other ways, for example in a different organization.' However, this obviously doesn't apply to all women and men. These dynamics often occur, but not all women reject competition, and not all men want to compete. Because that's when men also encounter stigmas. Nathalie gives an example: 'If men work a day less, they are sometimes overlooked as a potential candidate for the executive board.' This is where the importance of mutual solidarity emerges.

That's exactly the reason why Nathalie emphasizes inclusive leadership. Because while we are (or hope to be) very aware of the problems, both men and women conform to a certain mold. That mold needs to become more flexible to be sufficiently inclusive for women and men. In other words: the organizational culture must change. How do we ensure that we change the mold, or the culture, instead of ourselves?

Awareness outside your bubble

Camiel mentions the importance of diversity. Marieke agrees: 'It's logical that all boards are the same. You surround yourself with likeminded people, your bias.' Many organizations are already trying to improve this. For example, some companies use anonymous, external assessments for filling executive roles. The management then soon has more women. Awareness is therefore the first step, and we can then build on that. '‘We need to engage in dialogue and give each other space,’ says Nathalie. 'Diversity can be very rewarding, particularly because men and women are biologically different. I believe that this can provide great value for organizations, so long as it is well integrated in the organizational culture.' Because she knows from experience that those unconscious prejudices can be stubborn: 'Differentiation and ordering remain. As an organization, you therefore need to create psychological safety by setting boundaries and standardizing behavior.'

We know the saying 'change starts with you'. Clearly, the organizational culture benefits from change. Organizations need to offer psychological safety and space to talk to each other. What can we do ourselves to respond to that? Marieke says that she has benefitted a great deal from the role models in her life. Precisely the people who aren't like you can teach you a lot and inspire you. It starts with looking for what you need, what you want to learn and what is important to you. On Women's Day, many female role models are celebrated. With the 2022 theme, likeminded men also have a say. Because we can only achieve gender emancipation together. So, engage in the dialogue and look beyond the bubble of your bias. Today is a good day to start your search. Because Marieke knows: ‘For every area in which you want to grow, you can find a role model.'

Would you like to work on Diversity & Inclusion in your organization?
We are happy to discuss this topic with you and create a strategy that fits your organization. Please don't hesitate to contact us for a first conversation. 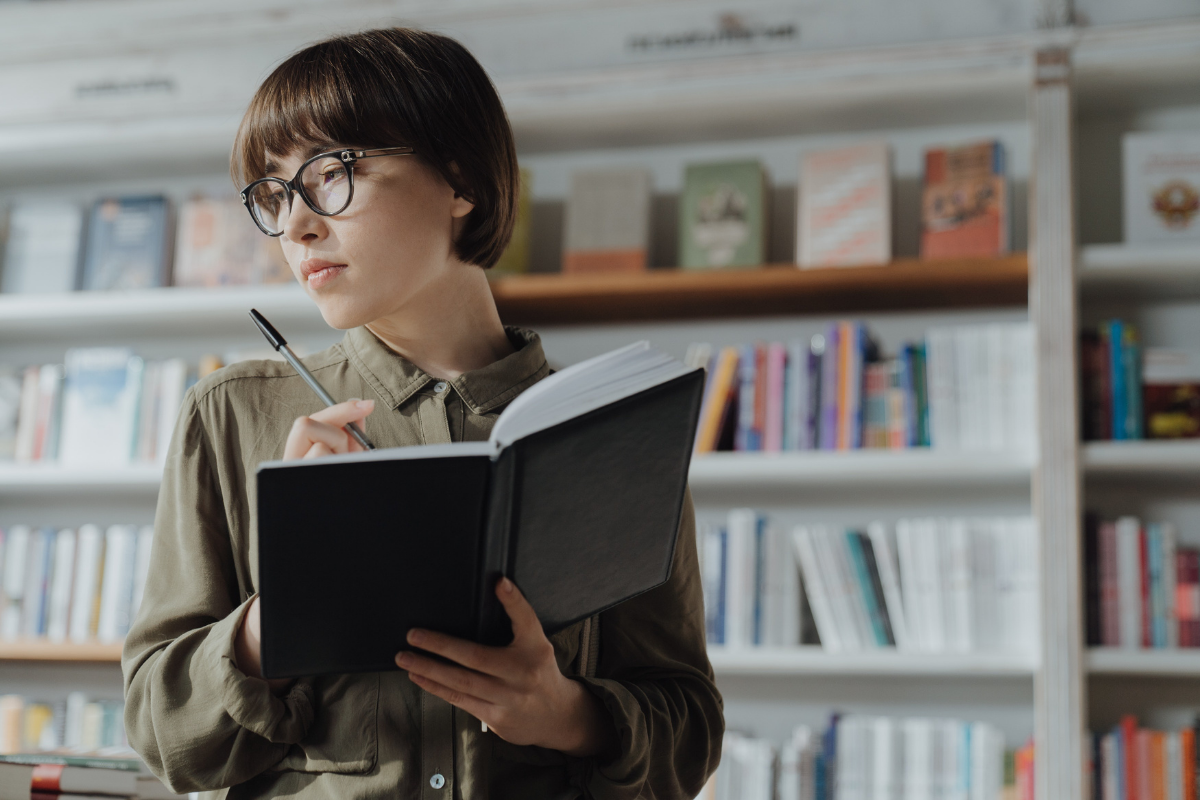 Silence your inner critic with Positive ...

We can’t control the challenges in life. However, we can control the way we respond to them. When ... 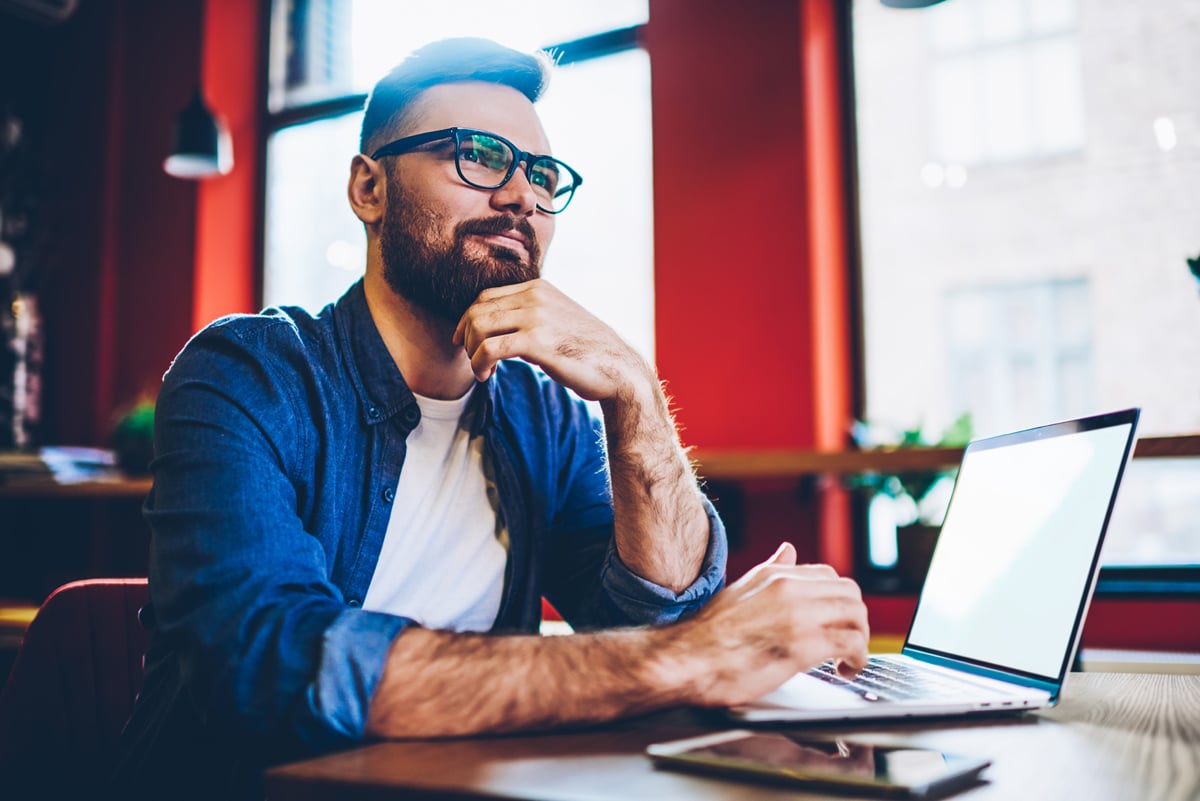 Effective leadership: “If you’ve got a ... 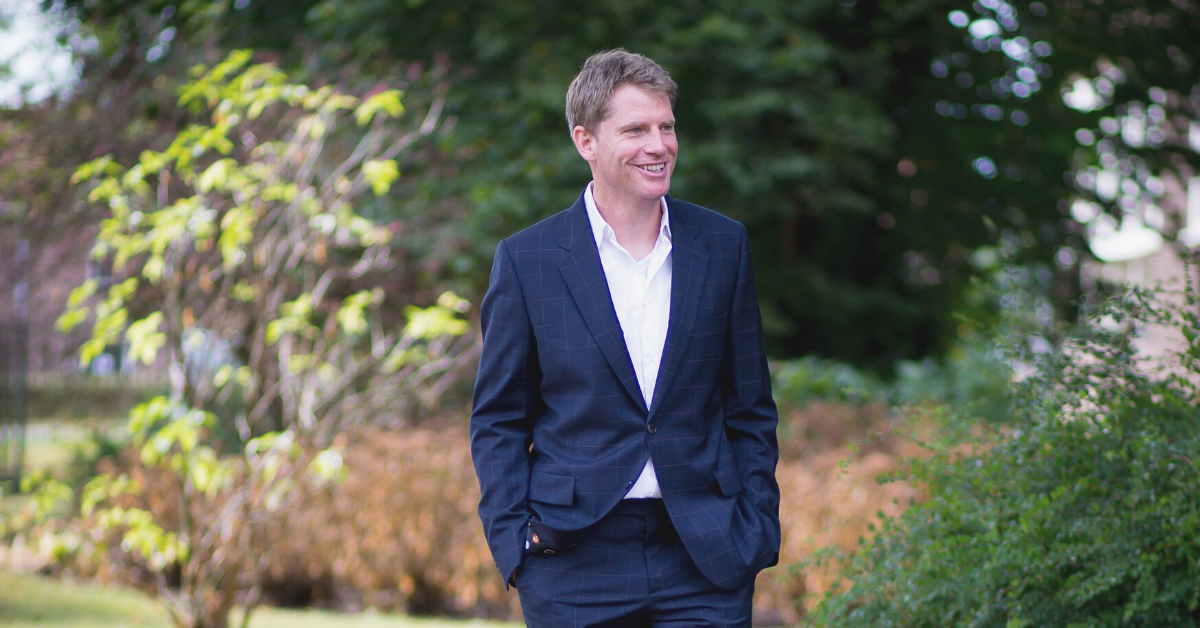 As a leader, our CEO Camiel Gielkens always tries to remind himself why he does everything he does: ... 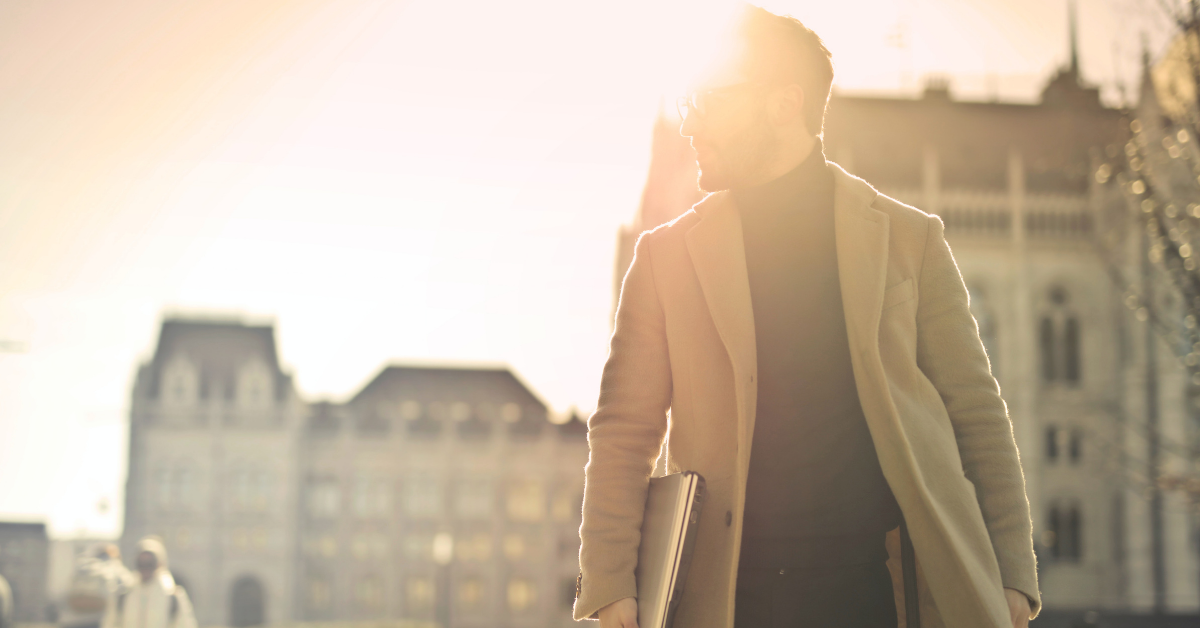 3 questions to review your personal ... 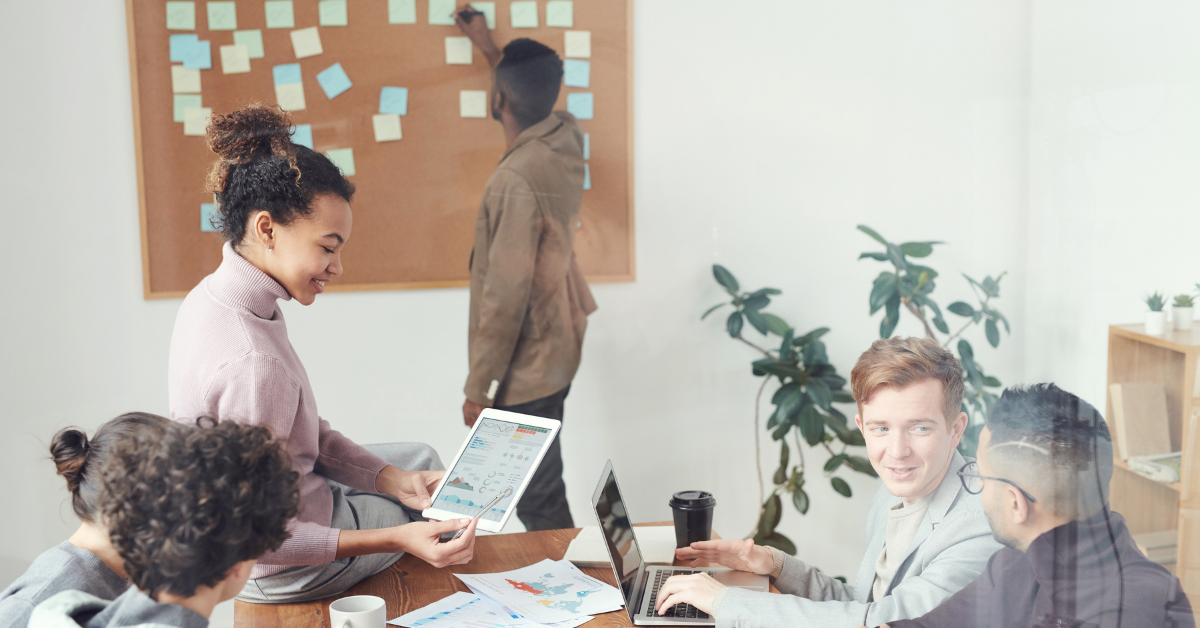 Trends in Learning and Development

WHAT’S RELEVANT TO YOU?

Find the solution that fits you. Let’s get together

STAY UP TO DATE